From Whale sharks to Thresher sharks and Longimanus

Finally in May we could switch from dry suits back again to wet suits here at Utopia Beach Club.

The water temperature rose constantly to 24-25 degrees and also outside the water it was over 30 degrees warm again. 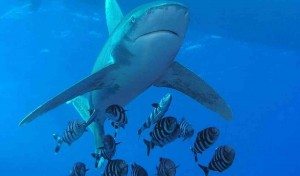 In May lots of repeater guest visited us from the last years and we could do some very nice dives and trips together.

Our first safari trip to Brothers / Daedalus / Elphinstone took place end of this month and the tour was a “Highlight” par excellence!

From Whale sharks to Thresher sharks and Longimanus; everything the Red Sea could offer we saw so far

And last but not least, we had a visit from a real TV star, Michel Guillaume from the TV series “SOKO21” was with us and dived with us.

Diving Special of the Month June

More safety and more zero-time limit … this you when diving with Nitrox.
This month we offer the nitrox course for only 99 euros.