Scuba diving with Euro-Divers in Egypt’s Southern Red Sea opens a vast possibility of realising your dreams and getting some coveted ticks on your marine life bucket list. The encounters will go down in your logbook as some of the most memorable experiences of your diving life.

Top 5 creatures to add to your Red Sea bucket list: 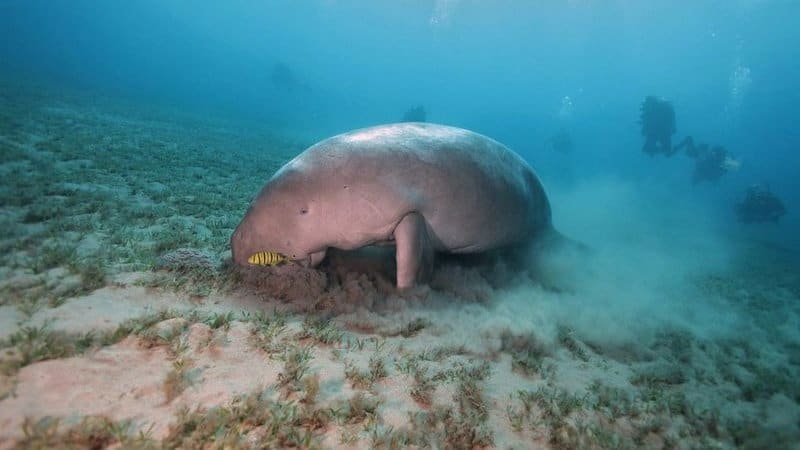 Oceanic white-tip sharks are large, pelagic sharks found in tropical and subtropical oceans throughout the world. Classified as dangerous to humans, sightings of these majestic creatures get the adrenalin pumping! Classified as ‘threatened’ with extinction due to bycatch in deep-sea fishing, it really is a priviledge to be able to dive with these kings of the ocean. For the best chance of ticking these off your list make sure you dive Elfinstone Reef, Brothers Island or Daedalus Reef and, further south, at Zabargad and Rocky Island.

Belonging to the same family as the stonefish, the Red Sea Walkman is a master of camouflage and a challenge to spot. With poisonous spines along their dorsal fin, this creature is not one you will want to accidentally step on in the shallows but for divers they make for a very good game of hide and seek! The best places to spot them are e.B. Fanadir or Abu Galawa, north of Hurghada.

Bottlenose dolphins live in temperate and tropical waters worldwide and are known for their ‘playful’ nature. Egypt is a great place to swim with dolphins in the wild, there are many reefs where they like to hang out and these are known locally as ‘dolphin houses’ where you can snorkel with them regularly. Divers are sometimes joined by dolphins which come very close and spend more than an hour swimming amongst them.

The dugong is a large marine mammal, that is sometimes called a ‘sea cow’ due to its diet of sea grass. Listed as vulnerable to extinction, the dugong is dependent on seagrass meadows for survival They are peaceful and tranquil animals, reaching up to 3 meters in length and weighing up to 500 kg. Look out for them while diving in the bays of the Southern Red Sea.

Reaching sizes of up to 60 cm, the Spanish dancer is the largest nudibranch and one of the largest sea slugs on the planet. Like most nudibranchs, the Spanish dancer is brightly coloured and does not blend in well with its surroundings so should be easy to spot. The most commonly observed size is between 20 and 30cm long, it is usually orange red speckled with multiple small white dots, but it also can be uniformly bright red or yellow with red scattered spots. Though they spend most of the time crawling along the reef surface, they swim when threatened, violently flapping its external gills and other appendages. Look out for them on any of our reefs. 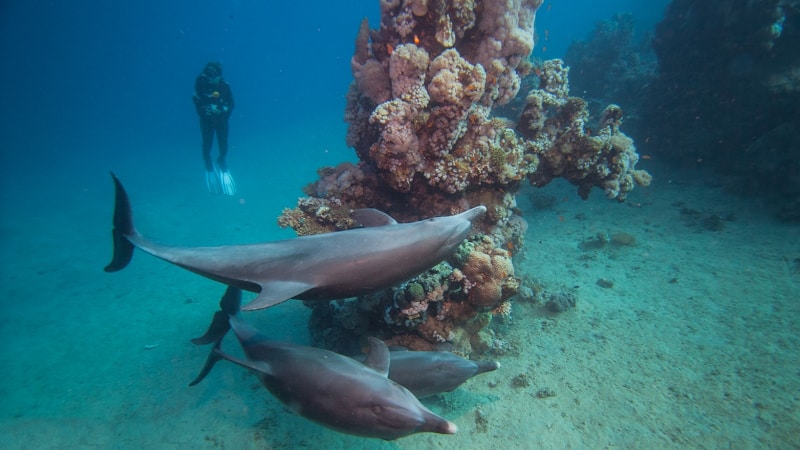 Each and every dive in the Red Sea will deliver in terms of incredible sights, the above list is simply a suggestion of creatures to add to your must-see list – there will be many, many more!

The updated circular from the Maldives Civil Aviation Authority