Worldwide, six of the seven species of sea turtles are listed as threatened, endangered or critically endangered, mainly due to human impact. Despite this, in the Maldives we are extremely fortunate to have regular sightings of two of the five species found here.

Green Sea Turtles (endangered) and Hawksbill Turtles (critically endangered) can be seen by both snorkelers and divers on almost every trip to the reefs. Either foraging on sponges or seagrass, resting on the reef or gracefully gliding up to the surface for their next breath, they are mesmerising to watch and its encounters such as these that will etch themselves in your memories for years to come. 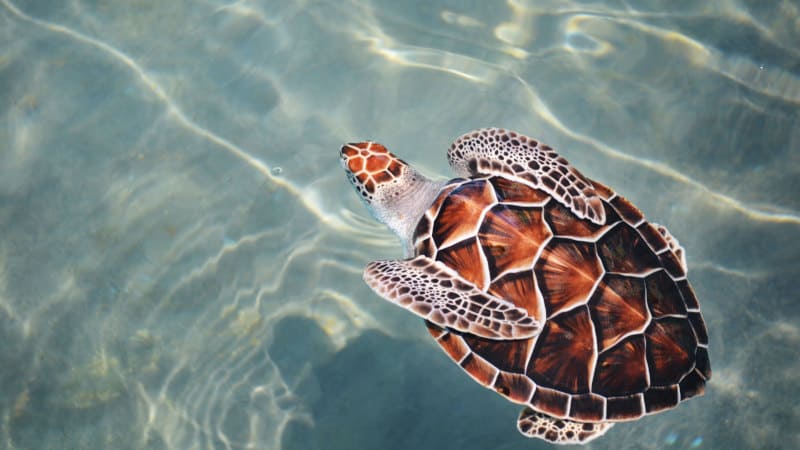 World Turtle Day, celebrated annually on 23rd of May, draws attention to the plight of turtles and helps us to understand how we can help them – they’ve done a pretty good job surviving over the last 100 million years but, due to the changes in their environment, they now need our support.

In the Maldives the sea turtles are not shy, they are inquisitive and not at all bothered by your presence, you should however, give them space, behave respectfully and never touch or chase them, even if they approach you.

Other ways you can support the survival of sea turtles include not buying products made from turtle/tortoiseshell, saying no to single use plastics – bags for example can end up in the ocean and look very much like jellyfish to hungry turtles, choose destinations that protect turtles and their nesting beaches.

The updated circular from the Maldives Civil Aviation Authority